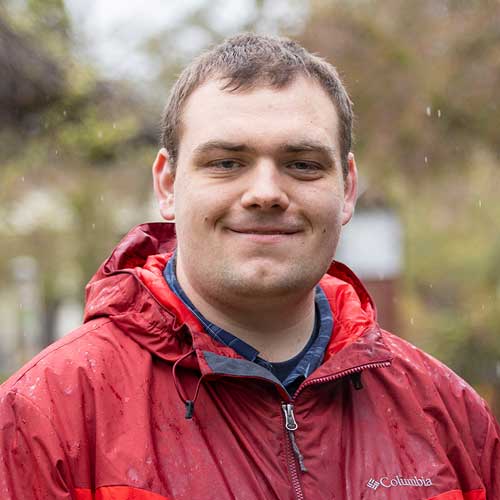 CORNELIUS TEEN IS TRUE TO HIS ROOTS

His dad had given up on it, but Abela-Gale decided he would give it his best shot.

“My dad had a stack of laptops that broke down and would go, ‘I’m getting a replacement. It’s easier,’” Abela-Gale said. “I’ve always seen it as a mental puzzle. I see a symptom and look for the part related to the symptom, and just go from there.”

Outside his own home repair shop, Abela-Gale said he practically grew up in the Cornelius Public Library. As an elementary school student, he remembers writing public testimony in favor of funding a new library building to deliver to the Washington County Board of Commissioners, but he was gripped by stage fright, so his mom read his plea.

The library did end up getting a new home, which opened in 2019. Community fundraising and grants made the new Cornelius Public Library possible.

Today, Abela-Gale actually works part-time at the library — fixing computers, of course.
“Zach is wise beyond his age. His ability to listen to whatever tech problem you have, decipher what you need in tech terms and then explain it back to you in terms you understand, that’s a skill you don’t find in too many people,” youth services librarian Maria Aguilar said. “We are privileged to have him as our IT support.”

“We’re really the community center for Cornelius. We don’t have a rec room or a YMCA. At the library, we provide a lot of services that aren’t available anywhere else like the internet or access to computers,,” Abela-Gale said. “I really like the public service aspect of working in the library.”

After being a proficient computer repairman, Abela-Gale moved onto building his own computers. He put together his own desktop PC by his sophomore year of high school. A power outage fried the original motherboard, but otherwise, that original computer is still operational.

“I just spent hours watching YouTube videos and reading articles about the building process,” Abela-Gale said. “I like working with individual components to see ‘how does this work and why does this work?'”

At Forest Grove High School, he is still remembered for his classroom IT support.

“He would always fix my computer if I had technology issues,” Spanish teacher Destinee Dixon said. “I’m not the most tech-savvy person. In the past few years, I’ve gotten better. But we definitely do miss him some days.”

Abela-Gale remembers trick-or-treating on Pacific University’s campus as a kid. Now he rides his bike to class there.

After a campus tour with other Forest Grove High School freshmen, he knew he wanted to be a Boxer, he says. His favorite class so far involved coding an airport simulation to manage take-offs and landings on a busy runway.

In addition to his computer science major, Abela-Gale is studying for a minor in mathematics and enjoying liberal arts electives, such as an art class called “Material Science for Makers.”

“I really like being a student on Pacific’s campus. It’s nice because you get to run into somebody you know a couple of times a day,” Abela-Gale said.

While the tech industry might take him away from Cornelius after graduation, Abela-Gale is happy as long as there are problems to diagnose and symptoms to solve.

“In arts or English, you have multiple answers to the same question that can be correct,” Abela-Gale said. “But what I like about math or computer science and working with software and hardware, it either works or it lets the blue smoke out.”