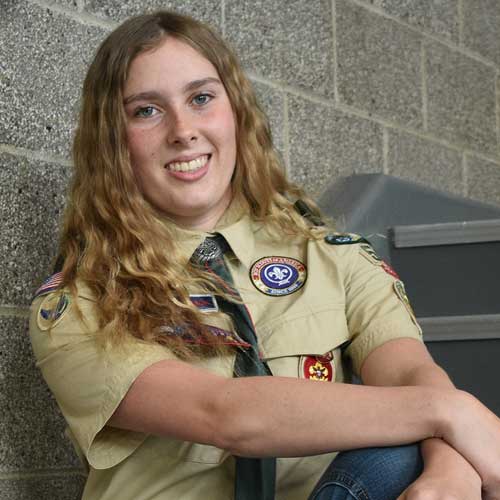 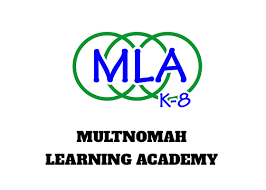 From being a Gresham High School dance team member to playing varsity tennis, Simpson always has something on her plate. But one accomplishment she is most proud of is being one of the first girls to earn the rank of Eagle Scout, the highest rank in the Boys Scouts of America.
Watching her brother go through the process of becoming a Scout, Simpson longed to be a part of the organization.

“As a kid, I watched him grow up in Scouting and never being able to do it, I just thought that the whole thing was so cool,” Simpson said. Although her love for the outdoors never faded, Simpson realized that she wouldn’t be able to join the Scouts and moved on to other things.

As she got older, Simpson regained her devotion and interest in nature and survival. Then, as luck would have it, in 2019, the Boy Scouts of America started allowing girls to earn the rank of Eagle Scout.

“When it opened up to girls, I immediately joined because it just looked like so much fun,” Simpson said.

Although she was slightly nervous about being one of the first girls to join in, Simpson couldn’t pass up the opportunity to be a part of the group she had admired for so long. Simpson was a little apprehensive at first, but she said the local organization was extremely welcoming. “It didn’t feel too off,” Simpson said. “People accepted us, and it was actually pretty smooth.”

After joining a troop, Simpson was just happy to take part in the activities she had only experienced in the periphery, and already being 15 years old when she started didn’t expect to earn the title of Eagle Scout. It wasn’t until she attended the pre-camporee that Simpson got interested in working on her rank.

She became extremely invested in upping her rank and shifted her focus on getting merit badges that later earned her the title of Eagle Scout. During the pandemic, Simpson never lost focus and even started applying for merit badges online.

“The journey to getting the title, from the merit badges, the camp-outs were just so much fun,” Simpson said. “I was going to be happy just doing all of those things regardless, but the goal of becoming an Eagle Scout was just something to guide me.”

Some of Simpson’s highlights of reaching the rank of Eagle was getting her hiking and backpacking merit badge on a trip in the summer of 2020.

“That was when troops got split into cohorts (because of the pandemic),” Simpson said. “I just got close to a group of scouts that I wouldn’t have talked to beforehand, and we just built such a strong friendship. Hiking 20 miles didn’t even feel that horrible because we were with friends.”

For Simpson, it is all about the friendships she has made — not only in the Scouts but in everything she does. From learning a new routine with her dance group and practicing on the tennis team to long hikes in the Scouts, Simpson said she has truly valued the connections she made in each of the groups.

“It is our own journey in scouts, we all choose what we are going to focus on, but we also have other people who are doing similar things,” Simpson said. “Yes, they have their own path, but we all are in scouting together, we all learn from each other and it just boosts the experience to have those friends and leaders there.”

Simpson will be attending Oregon State University in the fall of next year and plans to major in mechanical engineering. While in college, Simpson hopes to continue exploring the outdoors in future hikes and outdoor excursions with new friends.