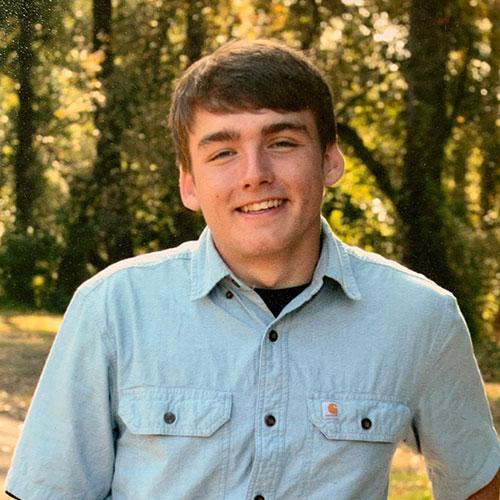 Gladstone High School has long had a strong environmental ethic, with several opportunities for students to get involved in sustainability issues.

Hayden Pugh, however, believes it’s always possible to take environmentalism to the next level.

Hayden’s Climate Coalition was one of GHS’s most popular clubs until the pandemic closed all the schools in Oregon. He even got nine staff members to join, according to district spokesperson Leslie Robinette. Greta Thunberg, a 17-year-old Swedish environmental activist who was the youngest person to be named Time magazine’s person of the year, has galvanized youth into climate-change actions worldwide, including in Gladstone.

Robinette said, “They got really energized around the work of Greta, the marches that were going on at the local level and being part of the global movement raising awareness about climate and sustainability issues.”

In recent years, the nationally recognized Green Ribbon school has rolled out new sustainability initiatives designed to reduce the school cafeteria’s impact on the environment. Students did preliminary research and found that their school used more than 60,000 plastic forks and spoons each year. This realization led them to conduct a silverware drive during Spirit Week, so the school cafeteria now uses durable silverware.

After conducting a trash audit, students documented that their peers throw away as much as 10 gallons a day in food scraps. They were able to divert that waste from the landfill, thanks to an arrangement with a local pig farmer, who uses the scraps to feed her pigs.

Hayden says his club’s latest audit of food waste during lunchtime shows improvements were being made.

“Our waste is very little, but most of our problem is serving too much food,” he says.

Too much food being served at meals is an important issue when farmland can instead be used to harvest solar or wind power, Hayden says.

“That square meter of farmland could have been used for a house’s energy for a year, depending on the weather of the area,” he says.

GHS Principal Kevin Taylor says Hayden showed he was an outstanding student committed to making a difference by stepping up to become the Climate Coalition student leader.

“We were able to complete a food waste audit because of his efforts, plus other projects to bring climate awareness to the school,” Taylor says. “He will continue to be an advocate for the planet as he heads off to college.”

Hayden says he was surprised by how many people got involved in the club, but he saw the science speak for itself.

“Honestly, we’re losing islands in the Bahamas due to rising sea levels,” Hayden says. “Those people who live on the islands shouldn’t have to think about something like that, because it’s not their problem they’re creating, it’s ours.”

Club sponsor Brad Kuntz, a Spanish teacher at GHS, was a draw to the sustainability efforts, Hayden says.

“His vegetarian meals are so planned out so precisely, he never has any waste, so he was an inspiration to a lot of people,” Hayden says of Kuntz.

Hayden says he isn’t vegetarian himself because he lives on a 3.5-acre farm in Oak Grove that raises its animals for his family.

“You can try to influence people to change their lifestyle,” Hayden says.

He will be attending Mt. Hood Community College to get a fisheries technician certification through the Oregon Department of Fish & Wildlife to work in state hatcheries.

Hayden was inspired to pursue working at local fish hatcheries because he heard from his father and grandfather how they easily used to catch several fish a day, but now he “will go down there for three weeks straight and not catch anything.”

Hayden stops short at calling for the removal of all of Oregon’s dams.

“There are things we can do to minimize dams,” Hayden says.