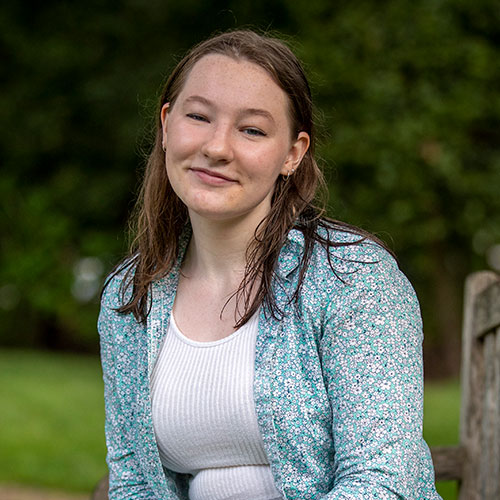 2021 Amazing Kids - Portland Tribune - Portland
Age: 18
School: Catlin Gabel
Hometown: Portland, Or
Why she is Amazing: Macauley is an activist, public speaker and writer who wants to organize others to fight the good fights. 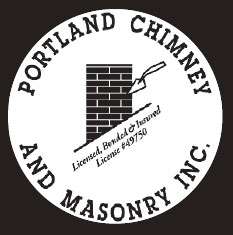 The power of one’s voice

Catie Macauley is all in.

Her enthusiasm is contagious. Her list of activities at Catlin Gabel School a little too long to list. She talks a mile a minute.

And it’s not just that Macauley is involved. She’s making sure others are, too.

“I’ve always kind of felt like I wanted to do what I could to help others, and help the world,” the 18-year-old senior said. “Right now, I have a valuable role of getting people into the room.”

Like most schools, Catlin Gabel’s student body has a president, a secretary, etc. But this private school in Southwest Portland also has an inclusivity coordinator — an elected position — and this year it’s Macauley. She plans assemblies, takes student input on inclusion policies, and works with the administration and faculty.

“We’re trying to figure out how to be truly an anti-racist school,” she said. She self-identifies as a white woman, referring to herself as “a person with privilege,” which means part of her goal is “finding my place within the activism community.” In her student body role, Macauley said, she can focus on anti-racism, anti-sexism and anti-religious discrimination.

She also self-identifies as a queer woman and bisexual.

“And that informs a lot of my intersections. I have some lived experience,” she said.

If inclusivity and solutions to racism weren’t more than a full-time avocation, Macauley’s got her eyes on a lot more societal hotspots. She has lobbied lawmakers and written opinion pieces on gun safety issues and environmental issues (with a focus on climate justice, the idea that climate change will impact low-income people and minorities more than affluent communities). She’s lobbied to lower the voting age; serving on the Youth Advisory Board of the Portland Chapter Lead for Vote16.

She’s a co-leader of Portland Youth Climate Strike, though she admits that role’s been difficult during a pandemic when “student organizing” means video conference calls.

“There are observers of social injustices and then there is Catie,” said Erica Babino, assistant director of inclusion and outreach at Catlin Gable. “As a student leader and advocate of anti-racism, anti-hate and discrimination, her legacy of speaking out, and celebrating and honoring diversity, equity and inclusion will live on in the students, faculty and staff of Catlin Gabel School.”

And her gift, she said, isn’t just organizing. It’s writing and public speaking.

Macauley was 9 years old, living in Vermont, when her class visited the Vermont State House. In a bit of role-playing, the 9-year-old got to play “judge” and to ask questions of a fellow student “witness.” A legislative aide at the state house later took her aside and told her she had a gift for communicating, and that she should pursue it.

Later, when her father’s work took the family to England and Macauley knew no one, she wrote a funny essay and read it out loud to the students, which broke the ice with the new “Yank” in the class. These days, Macauley’s still at it.

“I’m doing a Ted-X talk in about a month,” she said, brushing it off and zooming on to her next topic, as if every teenager’s got that penciled in on their to-do list. “I’ve realized the power of my own voice this past year.”

Her father is Bob Macauley, a bioethicist and professor of pediatrics at the Oregon Health & Science University School of Medicine, and director of the OHSU Doernbecher Bridges program. Her mother passed down the communications gene; she’s a former CNN journalist who served as a foreign correspondent in Japan. The path forward for Catie Macauley is both crystal clear, and a little hazy, depending on how you ask. After Catlin Gabel, Catie plans to take a “gap year,” moving to San Francisco with a friend to do organizing work and to write about LGBTQ issues. After that, she’s been accepted to Wellesley College in Massachusetts, a private women’s liberal arts college that dates back to 1870. She plans to major in journalism and philosophy.

But after that? Throw the classic question at her: Where do you see yourself in five years? “If you’d asked me two years ago, I’d have had a detailed plan about being a lawyer for the State Department, or whatever. But now I’m not so sure,” she admitted. “There’s so much to do. I’m giving myself some space.”