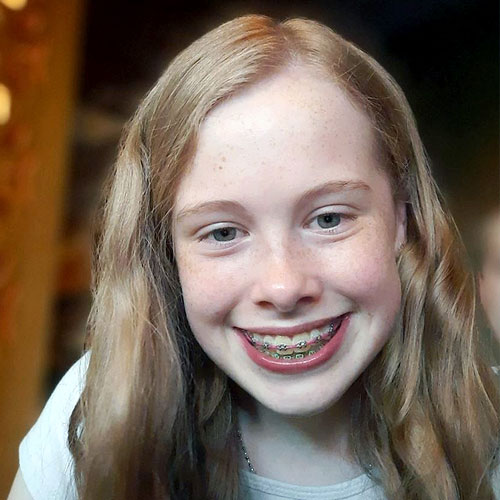 Community gets ‘hug’ from active service

When the COVID-19 pandemic hit, 14-year-old Abbi Last went to work sewing hundreds of cloth masks, selling some but giving away most of them.

What started as a project to “keep busy” during quarantine, Last gave the masks to friends and places such as Father’s Heart Street Ministry, a homeless shelter and resource center in Oregon City.

Last also went to work creating fabric “hugs,” long tubes of padded fabric with gloves on both ends that make it feel like someone’s arms are around you. She’s sent these “hugs” to health care workers on the frontlines of the pandemic response.

Last also provided fabric “hugs” that people could send to their loved ones when they couldn’t physically be with them, or to people she heard are alone and missing human interactions. She has been told how much comfort they bring to those who receive them.

Last is also active in school clubs and leadership, where she shines as an example of how to take current challenges and put a positive spin on them.

“I love to serve in my community because it helps me feel connected and involved in my community,” Last said. “And it’s important to me that (my opinions) and my peers’ opinions are heard.” Upon entering middle school, Last joined Student Council and began serving as treasurer of the Builders Club.

“There, I found a really great group of kids who wanted to do the same type of service as I did,” she said. “I had such a fun time managing the money for our club.”

Builders Club members ran Ogden Middle School’s Student Store, which “was like my baby,” Last said. “I worked so hard on it, and it paid off,” she said. “We were able to make a great profit, and because of that, we were able to buy supplies for our fundraisers.”

Builders Club members were able to visit the shelter to deliver a check donating their proceeds to Paws Animal Shelter in West Linn. Someone in the club had a connection to the shelter, and as a side benefit, all of the club members got to play with the cats when they dropped off the check.

“It was so great to see what we were going to contribute to these cats’ adoptions,” Last said. “It was great to donate to a local nonprofit organization.”

Through her church, Last has been able to volunteer in the community as well. After the ice storm in February, her church helped a lot of families clean up their yards.

“Who knew cleaning up sticks could be so fun?” Last asked. “Through serving, I’ve made some really good friends and met some awesome people.”

Last said she is excited to continue participating in service in her community as she looks forward to high school next year.