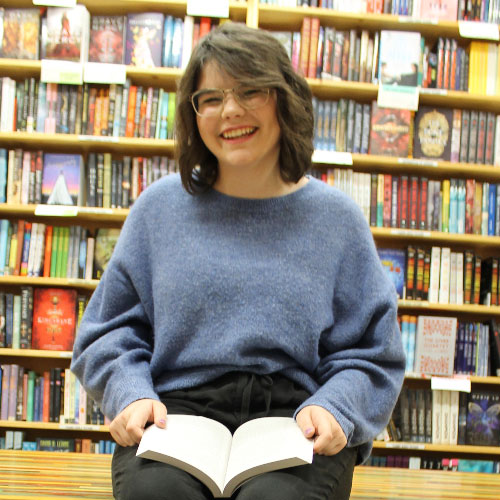 2020 Amazing Kids - West Linn Tidings
Age: 18
School: West Linn High School
Hometown: West Linn, Or
Why she is Amazing: While struggling against homophobia in school, Susie became an advocate for other LGBTQ students.

AN EXPERIENCED WARRIOR FIGHTS FOR OTHERS

Heading into high school, Susie Walters hadn’t planned on leading a battle against discrimination and harassment on behalf of her fellow LGBTQ peers.

She wanted to go to class, hang out with friends, play softball and enjoy her time at West Linn High School.

However, by the time she graduated this June, Susie had become a staunch advocate for herself and other queer students.

Susie, who endured slurs, name-calling, and other homophobic harassment on a regular basis throughout high school, says that others coming to her changed her outlook on her own experiences.

“We (queer people) don’t really like to talk about the harassment or the oppression or the hate crimes because we are taught and believed that we’re being sensitive, and these things come with being queer, and we have it better than the generation before us,” Susie says. “Once you sit down with people and actually talk about it, your perception of that concept changes.”

Susie was nominated as the West Linn Amazing Kid by a reader, who marveled at her courage upon reading a West Linn Tidings article about her fight for equity in school. In November, Susie, the WLHS Gay-Straight Alliance co-president for the 2019-20 school year, led a rally following multiple incidents of homophobic and transphobic harassment, an event that wound up earning national media attention. More importantly to Susie were the students at the rally who accepted themselves for who they are, and came out to their peers for the first time.

Walters and other LGBTQ students in the district followed up the rally by pressuring the West Linn-Wilsonville School Board for a diversity director in schools, LGBTQ equity training for staff and administrators, and more comprehensive sex education in the classroom.

However, most of Susie’s advocacy for other students didn’t make headlines. During her time at WLHS, she became a surrogate counselor for struggling queer students. Upon facing harassment at school, students learned to seek out help from Susie, who had learned from her own experiences of similar prejudice.

“For me, it was realizing that underclassmen were experiencing the same treatment I was, and how messed up that was,” Susie says. “Because most queer people feel like they can shoulder the burden of being queer, but they don’t wish that on anyone else.”

During her senior year, Susie spent so much time helping other students report harassment and discrimination to administrators that it began to cut significantly into her class time.

Susie says that though she was honored to hear that someone in the community nominated her as an Amazing kid, she was surprised because she never sought recognition for advocating for others.

She was simply fighting for other students so they wouldn’t have to go through the same struggles she went through.

As a recent graduate, Susie says she’s thankful for being a part of the theater program at West Linn. In theater, she found more than an engaging extracurricular, but also a safe space and a community of supportive friends, she says.

Ryan Mooney, Susie’s former English teacher who also worked with her in the theater department, calls her a respectful, kind, focused and poised leader.

“(During high school), Susie grew into herself and became a confident and strong voice in the class — all the while listening to her classmates and maintaining the same level of consideration,” Mooney says.

Susie may well end up building a future off of her advocacy for others. She is considering a career in politics and will attend the University of Oregon to study political science.