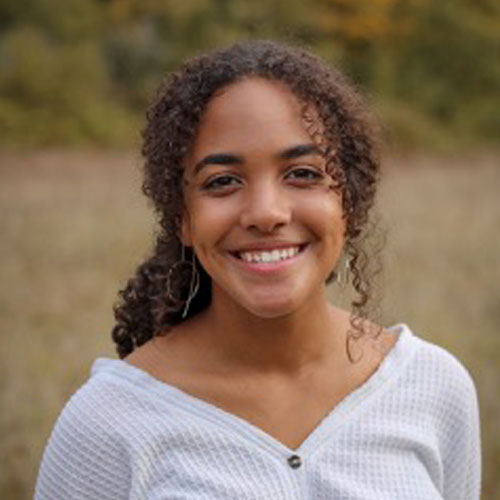 2020 Amazing Kids - Lake Oswego Review
Age: 18
School: Lakeridge High School
Hometown: Lake Oswego, Or
Why she is Amazing: Mya Gordon used her experience and her voice to stand up for students of color in her school and community.

Before Mya Gordon led the Lakeridge High School Equity Council and co-chaired Lake Oswego School District’s Diversity, Equity and Inclusion Advisory Committee, she was a Black girl in middle school who felt alone in her experiences of racial discrimination.

Mya moved from New Jersey to Oregon when she was in seventh grade.

“When I moved here, I experienced a big culture shock,” she says.

She adds that she really disliked living in Lake Oswego when she first arrived. “Now — looking back — I’m very grateful my life happened the way it did,” she says. Still, middle school was a rough time.

“For the longest time, all these things would happen, and I didn’t want to be ‘too sensitive,’” Mya says.

The incidents ranged from microaggressions to overtly racist interactions. Around that time, an article in the Lake Oswego Review came out about a racist incident in Lake Oswego High School, and she realized she wasn’t alone.

As a freshman at Lakeridge, Mya decided to approach the principal at the time, Jennifer Schiele, to discuss the lack of support for diversity.

Schiele encouraged the idea of forming an equity council at Lakeridge, which Mya ran with. The goal of the group is to tackle racism and other types of prejudice with empathy.

“She was thoughtful with her planning and recruitment, and it was amazing to watch her brain work,” Schiele says. “ I will forever be grateful to her for laying the foundation of a safer and welcoming school for all.”

Her equity work in the community didn’t stop there. During senior year, she was brought on as the co-chair of the district’s DEI committee, a group of community members who advise the superintendent.

“I was really surprised about how many views it had,” she says. “I’m really grateful that a lot of people enjoy it.”

Mya started by learning everything she could about Black exclusion laws in Oregon and in Lake Oswego that gave the city the nickname “Lake No Negro.”

She said though a lot of that information didn’t make it into the final product, it was helpful for her to wrap her head around the Black exclusion laws that created an ideology that exists in Lake Oswego today.

Mya wanted to show that though Lake Oswego still has a long way to go in terms of equity and diversity, significant steps have been made in recent years.

“I was hoping that people would recognize that there are people who are trying to make a difference in the community,” she says.

Mya went from walking across the stage at graduation in early June to organizing another Lakeridge Equity Council event. Mya says she and Anna-Marie Guenther, another recent graduate and equity council member, were planning to step away from the group after graduation, but the recent local and national protests against police brutality toward Black people were something they couldn’t ignore. They held two open forum discussions in Foothills Park on being actively anti-racist. Each discussion saw about 100 participants, including both students and community members.

Her activism won’t end when she leaves Lake Oswego for college in the fall. She says she’s already signed up to be a part of a college program about civic engagement.

Mya adds that when she looks back on the progress in equity and inclusion the district has made, she sees there’s still a long way to go.

“I just really hope that other students speak up for what they believe all the time, even when it’s difficult … and stand up for others as well,” Mya says.