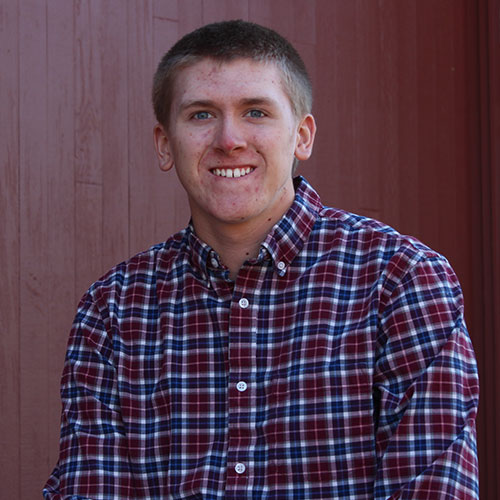 2021 Amazing Kids - Madras Pioneer - Madras
Age: 17
School: Madras High School
Hometown: Madras, Or
Why he is Amazing: Plant puts his heart and soul into stepping up and serving those who need help in his community. 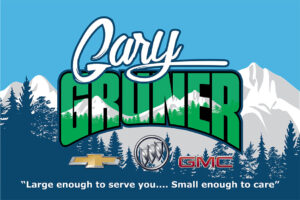 Serving others is a way of life

When Justin Plant was a youngster at Madras Elementary School, one of his buddies mentioned that he was not looking forward to the weekend because he was often hungry. There wasn’t enough food to eat at home.

“Is that possible? Are there really kids who don’t have enough food to eat?” he asked his parents, Gary and Jill Plant.

Plant learned that indeed, some children do go to bed hungry, and he just didn’t think that was right.

The family was so touched by their son’s concern that they did some research and then helped implement the Backpack Buddies program through their church, Madras United Methodist Church. They raised funds, collected donations and purchased child-friendly, shelf-stable food through the regional food bank and local grocers. Then, church members sorted and bagged the food.

Michele Gemelas, a retired Public Health Service pharmacist and longtime friend of the Plant family, was one of the church members who delivered bags to Jefferson County schools.

“We would take the bags full of food and the school staff would put it in the backpacks of the kids that are chosen by their guidance counselors as kids who might actually need the food, and they would get fed every weekend,” Gemelas said, noting that they served 10 to 15 kids at each of the five schools.

When he entered middle school, Plant helped pick up, unload, sort and bag the snacks with his church youth group, his two sisters and his mom. And when he got to Madras High School, he advocated for Backpack Buddies and even did peanut butter drives and fundraisers for the program through his National Honor Society club.

But that’s not all Plant does to help the less fortunate in his rural Central Oregon community. His church also distributes Christmas food baskets to as many as 40 local families each holiday season.

“There was a lot of heavy lifting and organization going on, and as Justin got older, he became essential in that,” Gemelas said.

Gemelas has also observed Plant in his role as crew leader for Vacation Bible School. “He was amazing with the kids. The kids gravitated toward this tall, kind, charismatic, fun teenager. He was well-loved by all those little kids,” Gemelas said.

She believes that Plant’s heart and soul are in the right place and will lead him to serve others. “He knows that his family is blessed, and he’s one of those kids who wants to pay it forward and make sure that everybody is afforded the same opportunities that he’s had,” Gemelas said. Plant, now 17, said he looks up to his father, a family physician, who is a good leader, a logical thinker and a good communicator.

“He’s very good at leading by example and that can be very difficult. He leads by example in a way that actually makes you want to follow,” Plant said of his father. “We were raised to help people when they need help.”

Aside from his volunteer work with local youths, Plant also played the trombone in band and guitar with the church’s music team. He also does service projects — such as trail cleaning and building a memorial garden and labyrinth — and ran on the school cross country team.

Plant said he admires Andrew Jensen, a former math teacher and cross country coach. “I really looked up to him and his ability to build a community out of the team, and he also had us do service projects as the cross country team,” Plant said.

Plant said he plans to get a job with Central Oregon Youth Conservation Corps through Heart of Oregon Corps again this summer, where he’ll help take care of grasslands. Then in September, he’ll be off to Corvallis, where he’ll study mechanical engineering at Oregon State University.

The adults who know him believe that Plant is a caring young man with a lot of potential.

“In communities like Madras, if you have these hard-working older kids like Justin stepping up and being role models for these younger kids, they will have something to aspire to,” Gemelas said. “They want to see teens that are successful and say, ‘Hey. This kid graduated from high school and went off to college, and isn’t that great. I could do that, too.’”