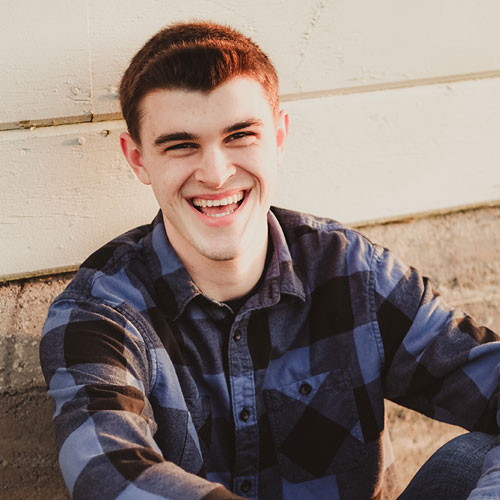 BANKS SENIOR IS ALL ABOUT THE WORK

Despite living in very challenging times, Joseph Buliga is up to the challenge.

The Banks High School senior is scheduled to be one of his graduating class’ valedictorians, he’s student body president, and he’s taken most of the school’s advanced placement and honors courses en route to a grade point average exceeding 4.0. Additionally, he plays for the Braves’ state-power basketball team, competes in track and field, and works a full-time job at the local grocery store where he was just promoted to assistant manager — all amidst a pandemic that’s turned teenagers’ lives upside down.

For most people, such a schedule would seem daunting, but for Buliga, he wouldn’t have it any other way.

“I really do like staying busy,” Buliga said. “I don’t necessarily like to be stressed, but when pushed to do something, I work better. So if I stay busy, it keeps me motivated and at my best.”

It’s that work ethic that sent Buliga back to the school late in March to speak with the freshmen who were attending classes in-person for the first time since the onset of the COVID-19 pandemic a year earlier. He remembered how much he benefitted from hearing the ASB president speak when he was a freshman, and with that in mind, he wanted to instill that same sentiment in Banks’ future leaders.

“These kids got thrown into things without any real orientation,” Buliga said. “As a leader, I think it’s important to let them know what it takes to succeed in high school, and important that they know there are people here to help them better know how things work.”

Banks High School Principal Jacob Pence has seen that leadership in Buliga and believes wholeheartedly that it will take him where he aims to go in years to come.

“Joseph is mature beyond his age and sets goals and follows through until he accomplishes what he sets out to do,” Pence said. “He is kind to others, but also stands up for his beliefs. There is no doubt in my mind that Joseph will go on to accomplish great things and make our school and community proud.”

Some of the “beliefs” which Pence references are political. Buliga — an aspiring politician — has been and continues to be outspoken regarding his ideologies pertaining to the pandemic, and specifically the policies that have kept kids from in-person learning for the bulk of this school year. But while he’ll happily tell you his opinion on things, he’s equally willing to listen to others who may not align with his beliefs.

Why? Because that’s what he believes not only makes this country great, but also what helps us all grow.

“I welcome other people’s opinion,” he said. “I like talking to people and hearing what they have to say because that only makes your mind stronger, and it gives me a chance to reexamine my opinion.

“That’s what’s great about this country. Everyone has a seat at the table and every opinion matters, whether I agree with it or not.”

Much of what he believes and who he is, is of his own doing, but much more he attributes to his parents who’ve instilled in him the virtues which he’s since built upon.

“My parents always told me that in order to achieve my goals, I had to work hard,” Buliga said. “They’re not pushy or anything like that, but they’re always there to talk and help motivate me. They’ve been my biggest mentors.”

And what lies in the future for the Banks scholar-athlete? Not what you might think.

In recent years, Buliga said his thoughts on college have changed and that he’s leaning more towards working after graduation. It’s not that he doesn’t believe in furthering one’s education, but rather that, at this point in time, he feels there might be more value in a good day’s work.

“I think for a lot of people, there’s more value to be gained in the work field, doing what they like and doing what they enjoy,” Buliga said, “Instead of doing the status quo.”

Buliga’s definitely not doing that; after all, he’s about hard work, faith, and helping out — just how he’d like to be remembered.

“For me, I’d like to be described as someone who’s hard working and cares for the success of others,” he said. “I hope people can see my faith side and see in me a willingness to help.”